Prototype: is the first or preliminary model of a product. A prototype is used as a basis for further development and testing.

Low fidelity prototype is a prototype that only has some of its content and visual design completed. Often has little to no interactivity.

Medium fidelity prototype is a prototype that contains most of the content and most of the visual design. Should have all basic functionality.

High fidelity prototype is a prototype that is very near the end of the development stage. Should contain all content, all visual design and be fully interactive. Should be nearly identical to the final product.

TAG is a method for giving feedback. It stands for tell something you like, ask a question and give a suggestion.

Introduction
Students should think of a problem in the world that they would like to use VR to help or bring awareness to. Examples can include global warming, gender equality, global water consumption, food waste etc.

Ask: What is a prototype (A: See Terminology)

Ask: Why is prototyping useful? (A: Foresee problems, visualize your product or software, get user feedback from others)

The main goal of creating a prototype is to answer the following questions:

Activity
Students will pretend they are VR game designers who have been tasked with bringing awareness to their cause through a VR world.

Using construction paper, they are to create a 3D low fidelity prototype using paper (paper prototype) for their world - similar to a pop-up book. Students should be encouraged to test out various colors and materials to determine which ones fit their theme the best. Students should use sticky tack rather than glue when attaching objects. This will allow them to be moved and changed easily. Interactivity is encouraged! Students should find ways to make objects mobile!

Half-way through this activity switch the users and product designers so all students have the opportunity to perform both roles.

Once all groups have had a chance to get some feedback, they should work to improve their prototypes based on the feedback they received. 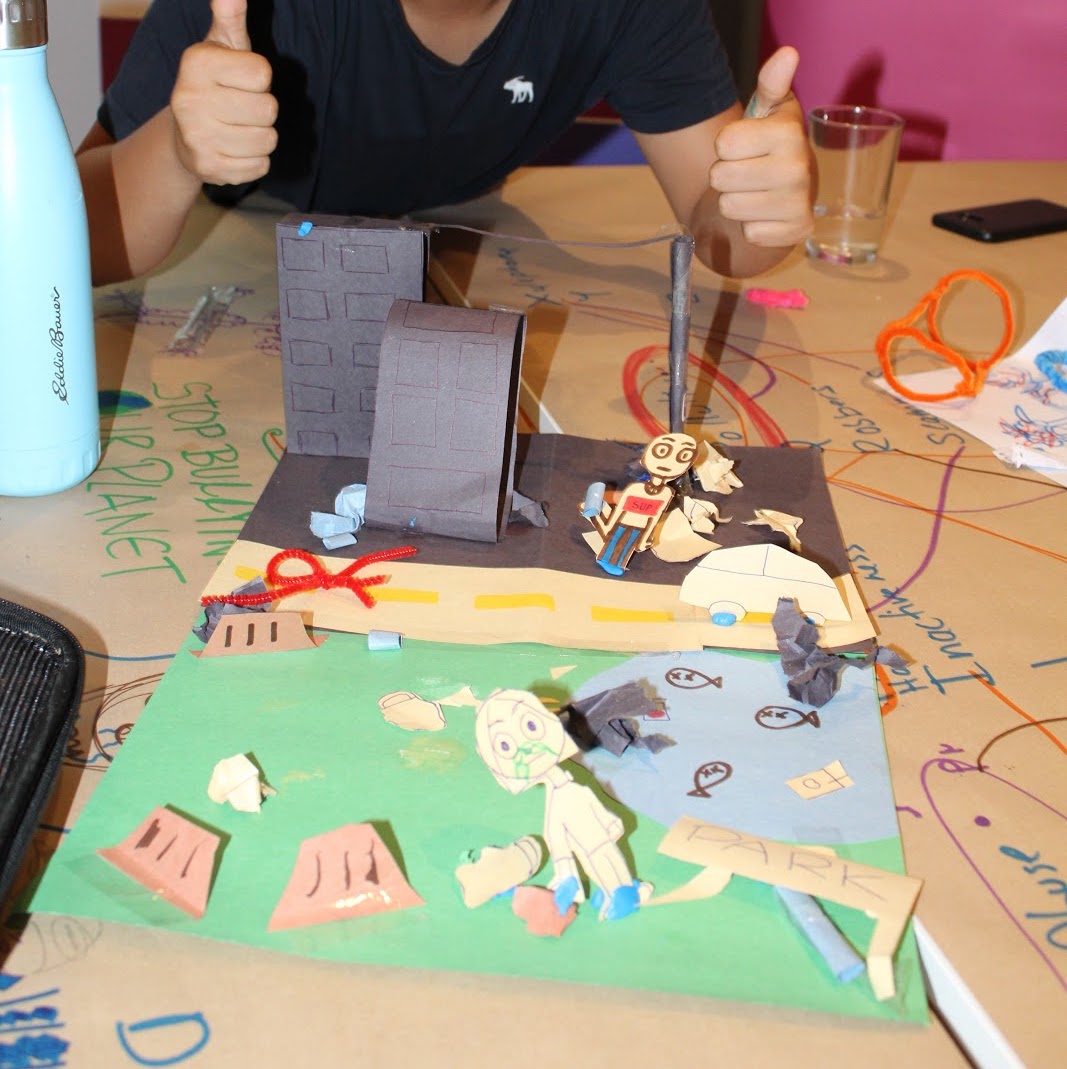 Learning Outcomes:
I know what a prototype is used for.
I know the different kinds of prototypes - low fidelity and high fidelity.
I can modify a prototype based on user feedback.
I can create a paper prototype.

Assessment Ideas:
Have students present their prototypes to a panel of ‘investors’. They should talk about their prototype and what users thought of it in their testing. The investors will then decide if they would like to invest in the cause and why. Ensure that at least 1 person invests in every group.

Take the VR Prototype to the next level:

Why is prototyping important?
https://blog.zipboard.co/why-is-prototyping-important-13150d76abc4

Teach lessons that are tied to your existing curriculum! https://bit.ly/CLClessons

Explore lessons based on components

Although learning how to build digital projects is a key part of Computer Science education, students should also learn a wider set of skills and competencies that will help them to harness the power of digital technologies as both creators and consumers. A comprehensive approach to K-12 Computer Science education includes learning about the following five focus areas:

By the end of high school, students should be able to create a simple computer program.

By the end of high school, students should understand and be able to use the tools and devices commonly used to build digital projects.

By the end of high school, students should be able to explain how we use computers to create, store, organize, and analyze data.

By the end of high school, students should be able to explore the ways in which technology and society have mutually shaped each other.

By the end of high school, students should be able to apply design principles to the digital projects they create.