Our live online workshops are now open for registration!

How to Program Sounds 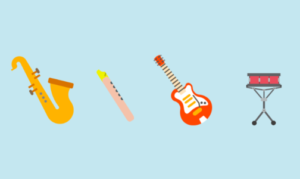 One thing causing another thing to happen i.e. ‘when clicked’ block

Sound is a type of energy. It is produced when things vibrate causing air particles to move and bump into each other. This movement is called sound waves, which can travel through air, water, and solid objects. Sound waves enter the ear canal, the eardrums vibrate, and the brain converts these impulses into what we interpret as sounds.

Octave is the pitch of a note. The prefix ‘oct’ means eight. You can program octaves on a scale from 1 to 8. Octave 1 is the lowest pitch. Octave 8 is the highest pitch.

Intonation is the inflection or movement of a sound. There are five types of intonation: flat, rising, falling, peaking, and dipping.

Duration is the length of a note.

Pause is the rest in-between notes.

Download the LRF Blocks App on each computer: learn.littlerobotfriends.com/downloads

Little Robot Friends have two main outputs: light and sound. Before you start programming your robot’s speaker mouth, there are a few important questions to answer:

There are two different ways to program your robot’s speaker mouth. Let’s get started!

Use the Solution sheet to complete the following steps:

I experimented with high and low frequencies
I changed the note, octave, intonation, duration, and pause of the sound block
I programmed the robot to make a sound when the microphone reads a loud noise

Can students program more than one sound?

Can students figure out how to program “say some sounds”? Hint: you need an array!

Can students program a script to turn off the frequency?